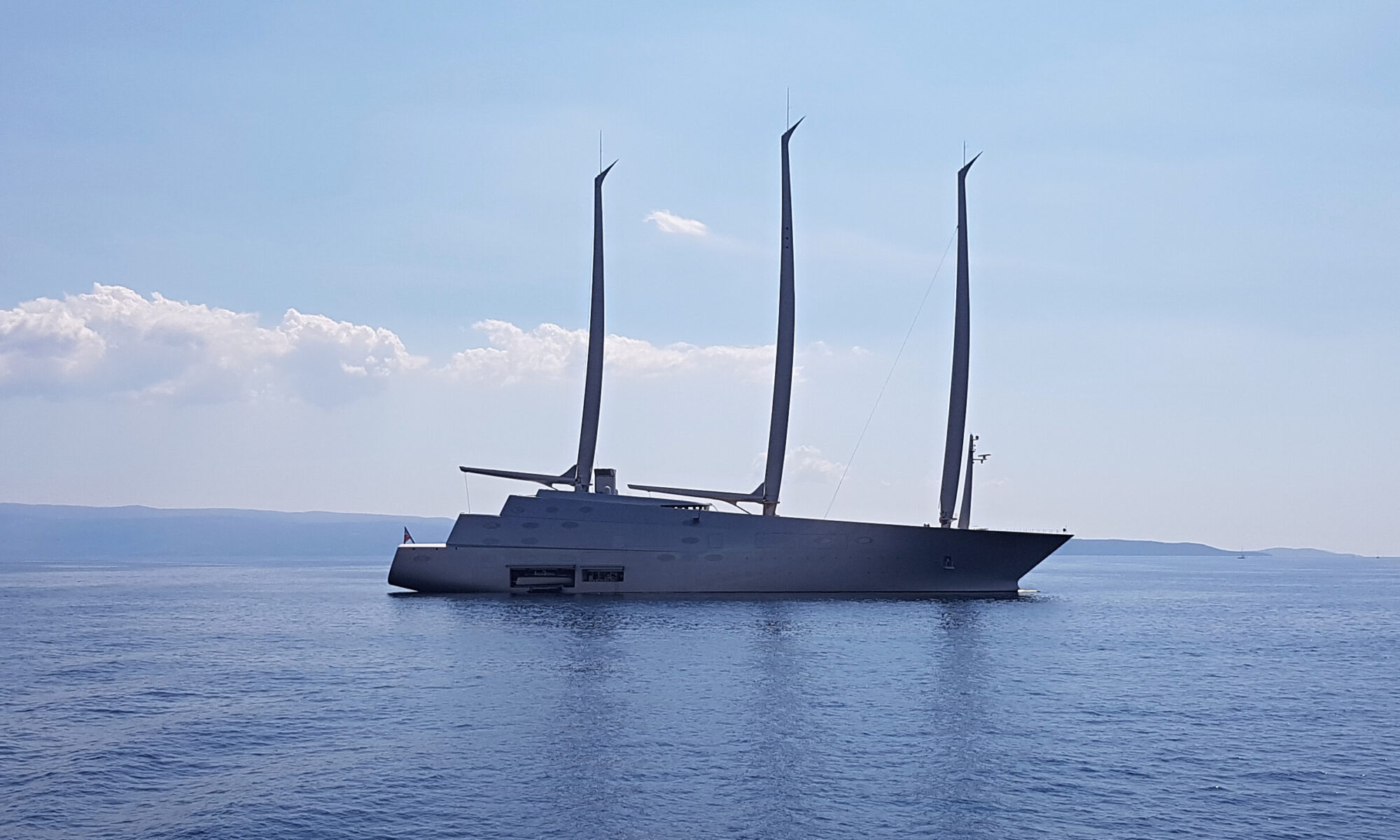 The owner of “A”, Melnichenko trys to reclassify his mega-yacht as a simple “houseboat” and put the floating luxury palaces under new flags.

The “A” belonged to a trust, there was no connection to the oligarch. “A” is “owned by a trust that is managed by an independent trustee, and Mr. Melnichenko has no relationship with that trust”.

Until now, the “A” had sailed under the flag of the British Isle of Man. After being seized by Italy, she disappeared from the register there and was re-flagged to Sierra Leone in West Africa. The “A” was newly registered as a houseboat, no longer as a yacht or sports ship.

It remains unclear why Melnichenko and other Russians are suddenly turning their luxury barges into houseboats. In such case, if possible the Yacht will lose it´s quality as a “vessel”.

A houseboat is generally defined as a vessel that is designed and used for human habitation, with facilities for sleeping, cooking, and sanitation. It is typically moored or anchored in one place, rather than being used for transportation on the water.

The specific requirements for what qualifies as a houseboat may vary depending on the laws and regulations of the country where the vessel is located. In some cases, a houseboat may need to meet certain size or construction standards, such as having a certain number of sleeping quarters or a certain minimum square footage of living space.

In general, a houseboat will need to have the necessary facilities for habitation, including a kitchen, bathroom, and sleeping quarters. It may also need to have electricity, running water, and other utilities, depending on the local laws and regulations.

It is important to note that the definition of a houseboat can vary depending on the context. Some countries may have specific laws or regulations that apply only to houseboats, while others may use the term more broadly to refer to any vessel that is used for habitation.