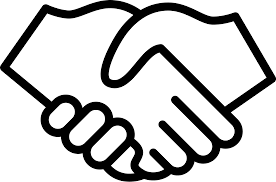 In our practice MYBA contract templates are often introduced as THE legal basis and “Swiss-Knife” of Yacht Transactions or Charter-Activities.

Nearly daily I read comments like that: “The only contract we will accept is the MYBA contract, under with form all yacht brokers are acting. Please find about the MYBA contract…”, followed by many links which should proof this opinion. “MYBA is a worldwide recognised and respected yachting association and their templates are common and accepted practice to utilize contracts for all types of sales”. Furthermore “English Law be common for business contracts and the basis of International Maritime Law, being chosen because it is a neutral territory with common law that is considered to be fair and justified”.

Always we check the legal fitting of such templates to the concrete case and very often we then leave astonished or even sometimes upset about or counterparts arguments. Passionate and according to MYBA membership infiltration, but unfortunately such a universal approach is not legally correct.

There are profund reasons to challenge and question this opinion.

The MYBA templates are made from the Common Law perspective and should be not the problem when using in the Common Law world, between parties not being EU citizens and all in front not being consumers.

One hub of the problem are the different legal systems:

One has to differentiate two central systems of law: The “Common Law” on the one which is ruling UK and Anglo American and the other, the Roman influenced “Civil Law”. Both legal systems are fundamentally different.

Most Continental European Laws belong to the highly codified Civil Law System with finest types of contracts and nuances, particularly in the purchase right. One of the fundamental differences between the Civil Law and the Common Law is that Common Law attributes considerable weightage to objective explanation which encourages the party to step away from an otherwise determinable consensual resolution. T

his is particularly evident in the “Parol Evidence Rule” or “4-Corner-Rule”, whereby appropriate evidence of negotiations and external circumstances before or upon conclusion of contracts, which are likely to create a different explanation of the objective content interpretation, are generally excluded. The Civil Law Lawyer take the essential and specific into a contract and leaves aspects rule well in the laws to them. For the Common Law Lawyer the contract is the law. So he has in general write a law for a specific relation.

This in mind states, that one cannot mix and bridge the different worlds. A Common Law contracts is by logic and system different to a Civil Law contracts. One also cannot design and draft a contract due to the logic of the one legal world and then just apply for a law from the other at the end. The contents are not compatible

The other hub of the problem are internationally conflicting laws:

To protect EU citizens of Continental European Law-Countries from risks and disadvantages by Common Law two very important laws have been adopted: The ROM I for the question of the applicable law and the EUGVVO for the question of place of jurisdiction. Notwithstanding e.g. agreeing on English Law, ROM I will – by law – refer to a Civil Law or establish a different court.

In international affairs the central task of a lawyer is to check if these laws overrule the provisions and agreements in a contract.

Especially for consumers – many contractors are – it is e.g. not legally binding and possible to agree on English Law or Place of Jurisdiction “London” as the MYBA templates do. In case of a dispute our legal action the EU consumer contractor is protected by his home country law and must be regularly sued at his home seat court – independent of what is agreed in such a MYBA template.

Being then back in a Civil Law, most of those know a special right of “Terms and Conditions” protecting agreements and businesses with consumers, especially between a commercial and a consumer and opening all clauses and provisions of a contract for consideration. Believe, many clauses in such Common Law designed contracts – as the MYBA contract-templates – will then show as invalid after an audit.

Contract Law and designing the RIGHT contract is a challenge – never use just a template without a legal consideration and necessary amendment!